The Wilson Salt story began in 1922 when Robert Wilson, at the age of 23, bought his uncle’s flour, cereal and sugar merchant business, WJR Wilson. Upgrading the plant’s machinery to include a barley grinder, mixer and roller to enable him to deliver his goods by horse and cart, Robert, not content to overlook a business opportunity, used his return journey to carry salt back from the then Carrickfergus Salts Works at Minorca. Therein began the Wilson Family’s relationship with the Salt Industry and the start of Wilson Salt Company.

In 1979, Ted, alongside his wife Muriel, formed Wilsons Feeds and built a state-of-the-art animal feed mill beside Wilson Salt Company in Northern Road, Belfast. Wilsons Feeds (Ireland) Ltd in Mullingar, County Westmeath was founded in 1986 and by then the Group was the second largest compounder in Northern Ireland.

Wilson Salt Limited was established in 1981 in Northern Road. In 2015, the warehouse operation moved to new premises in Duncrue Street and in 2016, the administration offices joined them at the new site. 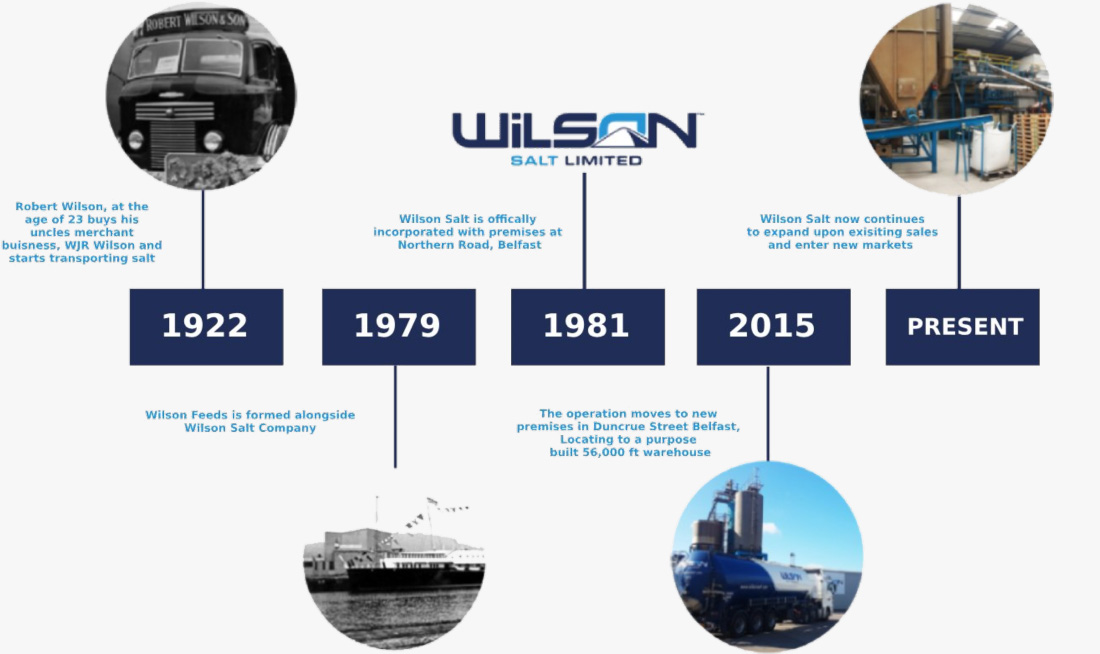 You can use the form below for any enquiry